The 7th century writer John Moschus narrates the story of one monk’s personal experience in the monastic caves (Laura) of the area. On his pilgrimage to Sinai by way of Ayla (Aqaba) in south, a monk from the monastery of Saint Eustorgius in Jerusalem crossed the Jordan River, was struck by a violent fever, and had to take refuge in a cave at Bethany beyond the Jordan River.

Three days later, Saint John the Baptist appeared to him in a dream and tried to dissuade him from continuing his pilgrimage. John told the monk: “This little cave is greater than Mount Sinai. Our Lord Jesus Christ himself has come in here to pay me a visit”. Convinced and recovered from his illness the monk transformed the cave into a church for the hermits living in the area. “It is the place which is called the Laura of Saphsaphas near the Jordan”, concludes John Moschus.

There are several other legends about the caves and hermits living in the area. One was told by Antoninus Martyr the Pilgrim of Piacenza around 570 AD: “On the bank of the Jordan River there is a cave with cells for seven virgins. They have people outside to look after them. The virgins are taken there when they are very young. When one of them dies, she is buried in her cell, and another cell is carved from the rock so that another girl can be replaced to keep the number of virgins always seven. With great reverence, we entered the caves to pray there, but we did not see the face of a single one of them. It is said that the cloth, which the Lord wore on his face, is kept in this place. On both banks below the mountains there are serpents from which people make antidotes against poisoning”. 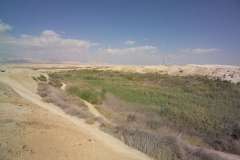 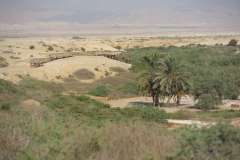 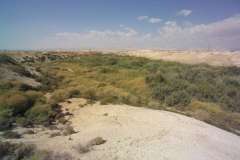 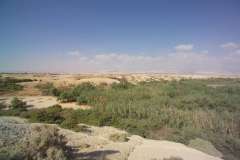 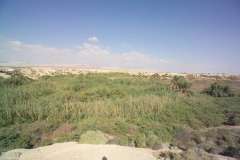 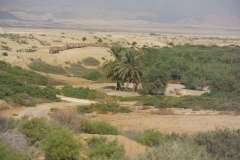 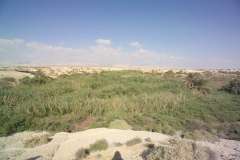 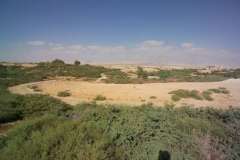 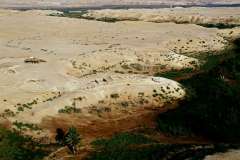 Now some Pharisees who had been sent questioned him, “Why then do you baptize if you are not the Christ, nor Elijah, nor the Prophet?” “I baptize with water,” John replied, “but among you stands one you do not know. He is the one who comes after me, the thongs of whose sandals I am not worthy to untie.” This all happened at Bethany on the other side of the Jordan, where John was baptizing.