Throughout history, Christian pilgrims visited the region east of the Jordan River on their way from Jerusalem to Mount Nebo. They usually crossed the Jordan River near Jericho, visiting and sometimes describing the Christian facilities or their remains along ‘Wadi al Kharrar’, back then Saphsaphas, “Wadi Gharabah” (about a kilometer south of ‘Wadi al Kharrar’, and Livias (Tell al-Rameh).

A pilgrims’ station was built during the Byzantine period (5th–6th centuries AD) between the Jordan River and Tell al-Kharrar. This station for pilgrims visiting the area had a number of rooms around an open courtyard, which were served by an adjacent water pool.

Two Roman roads were built during the era of Emperor Hadrian. Around 129 AD, a road was built to connect ‘Hesban’Esbus with ‘Tell al-Rameh’, Livias Jericho, and Jerusalem. 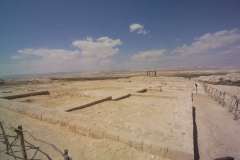 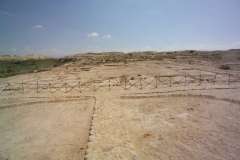 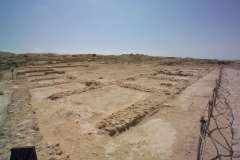 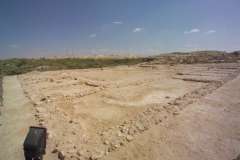 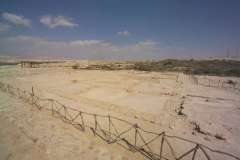 Then Jesus came from Galilee to John at the Jordan to be baptized by him.