A well, a cistern and settling basins connected with water channels are located between the “prayer hall” and the nearby small chapel, called the Church of Pope John Paul II. The cistern was dug out of the natural lissan marl rock; it is the largest reservoir discovered at the site, built during the 5th – 6th centuries AD. Well-cut sandstone ashlars were used to build its inner sides, while a thick layer of lime was added and covered by a smooth layer of plaster to prevent any seepage. The pool was roofed by a vault system and carried a white mosaic floor on top.

A canal feeds a cylindrical well, located near the northwestern corner of the cistern dating from the Byzantine period. 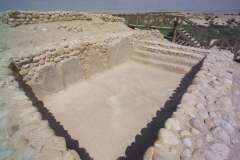 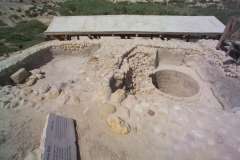 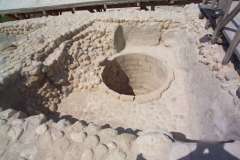 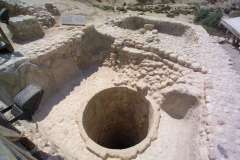 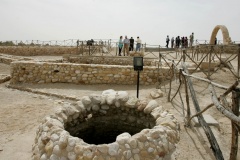 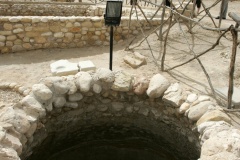 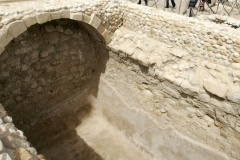