The Western Church consisted of two parts. In the first part, a semi-circular apse was cut into the natural rock under the northwestern pool. The apse included lamp niches carved from its southern and western walls. Foundation remains of the door of the chancel screen in front of the apse can still be seen.

The second part of the church consisted of four column bases built of well-dressed, square-cut sandstone blocks, creating a nave and two aisles. Broken pieces of pottery indicate a Byzantine date. It is of utmost importance to know that pilgrims (such as John Moschos, Epiphanius and Daniel) mentioned that on Elijah Hill, a church was built around the cave which John the Baptist dwelt. Adding that it is a mile east of the place where Jesus was baptized. 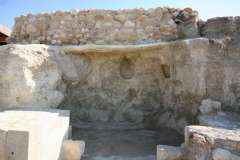 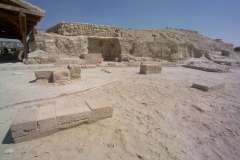 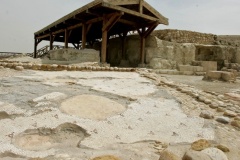 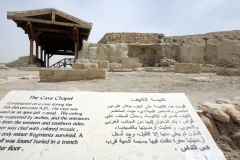 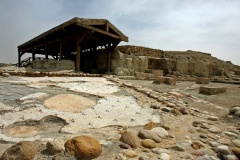